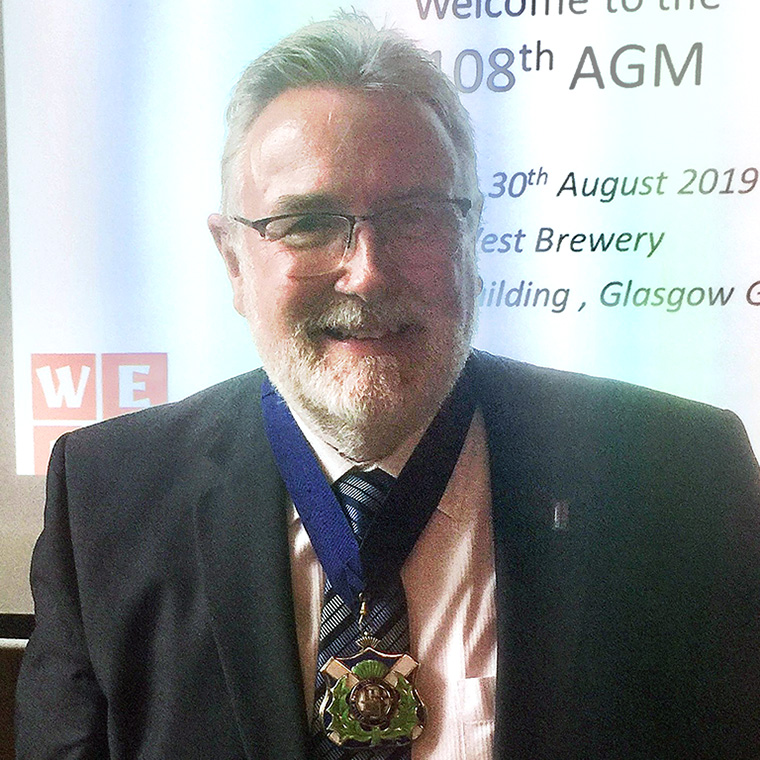 Print Scotland, the trade association and the voice of Scotland’s graphic communication industry, has appointed Iain Robertson as President. He will serve a two-year term. Susan Graham, a senior executive at FLB Group Limited, has been appointed vice-President. Mr Robertson, who was formerly vice-President, has spent forty-seven years in the industry and is a consultant to his family print business JJR Print of Dumbarton. He takes over from Kevin Creechan, MD of J Thomson Colour Printers, who has served five years in the role. Speaking at the organisation’s 108th annual general meeting in Glasgow, Mr Robertson said:

Print Scotland has come a long way under Kevin’s leadership, and by engaging directly with customers and Government he has helped make the print industry in Scotland highly visible. As President I intend to continue this trend by working closely with our director Garry Richmond to reach out and seek to broaden the scope of Print Scotland by welcoming new members whose activities, which embrace new technologies, can be some way away from the traditional perception of printing. We offer all of them a range of valuable benefits, including my number one priority, the training of apprentices where we are continuing to make great progress.

Our members, and the 5500 people who work in Scotland’s printing industry, face a significant succession gap in the next ten years, as highly-skilled and knowledgeable staff set on retiring are not being replaced in sufficient numbers. I see it as my duty as President to address that issue head-on and to work towards telling more and more young people about the huge career opportunities which can open before them as a result of undertaking an apprenticeship in our industry. The print industry in Scotland is demonstrating slow but steady signs of growth year-on-year, and despite challenging times, there are great opportunities to be grasped, not least through greater engagement with both central and local government in Scotland with whom we now have, for the first time, regular dialogue.